Commissioned by Big Ben Studios for the French market, and developed at Mere Mortals. The game was released on the Wii console in 2009 to massive critical acclaim.*

The best part is this not-over-the-top-at-all trailer for the game. Here for your viewing pleasure. 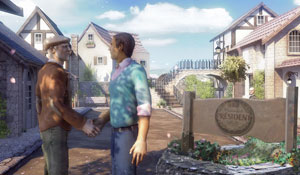